Question: I don't know whether it's just reconciling being gay and Christian but I've always felt like I'm between two worlds, not fitting into being fully male or fully female. My mom informed me a few years ago that when I was born I was taken back into surgery to remove an extra set of genitalia. She didn't say anything more and I have wondered recently if there might have been a decision made at that time as to what sex I was going to be? Any insights to offer?

1) heterosexual orientation - attraction to the opposite sex;

3) bisexual orientation - attraction to both sexes.

However, some people describe their sexual orientation in a different way, for example:

1) Asexual orientation - attraction to neither sex;

Gender identity is people's inner sense of themselves as men, women, both, or neither.

A. Cisgender people are those whose gender identity matches their birth

B.Transgender people are those whose gender identity and birth sex do not

A. Transgender people who have gender identity which is opposite to their birth sex are known as transsexuals and

C. Crossdressers have weeker transgender feelings. They may feel comfortable with their birth sex and just occasionally wear clothes of the opposite

Gender identity is related to gender.

Sex is biological, gender is psychological. Thus, in the case of transgender people, sex and gender do not match one another.

The words male and female refer to a person's sex while the words man and woman refer to a person's gender. Therefore, transsexuals should be referred as transsexual men/transmen and transsexual women/transwomen according to their gender and gender identity. However, they can be referred to as biological males and biological females according to their birth sex. They can also be referred as MTF (male-to-female) and FTM (female-to-male). These acronyms indicate the direction of their transition. That is, MTFs are biological males who transition to females, and FTMs are biological females who transition to males. Transgender people (including genderqueer people) may have any sexual orientation.

I. Intersex conditions include various conditions when people have atypical physical sex characteristics such as atypical external genitals, internal reproductive organs, sex chromosomes, or sex-related hormones or inconsistency between them. Sometimes, it is obvious that a person is intersex at birth. Sometimes, people find out that they are intersex later. Some people even may be unaware that they are intersex their whole life. Some intersex children or babies have genital surgery (so-called sex assignment surgery).

As far as I know, those who have it do not have two sets of genitalia, but have atypical genitalia which may look somewhat between male and female genitalia. Surgeons make them appear more "normal", that is, looking more or less like typical male or typical female genitalia. These surgeries have some advantages and disadvantages.

After surgeries, intersex children look like other children and do not experience psychological trauma and bullying. This is the main reason why these surgeries were often done in the past and are still done in many cases. However, doctors are unable to predict intersex children's gender identity. Intersex people may have any gender identity: male, female, both, or neither.

Because of this, many doctors now say that it is better to wait to do the surgery until the child's gender identity is manifested.

Actually, there are intersex people who never had any surgery and are quite happy with their bodies. 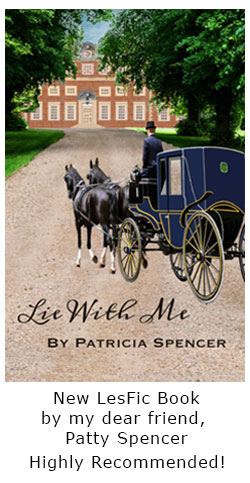